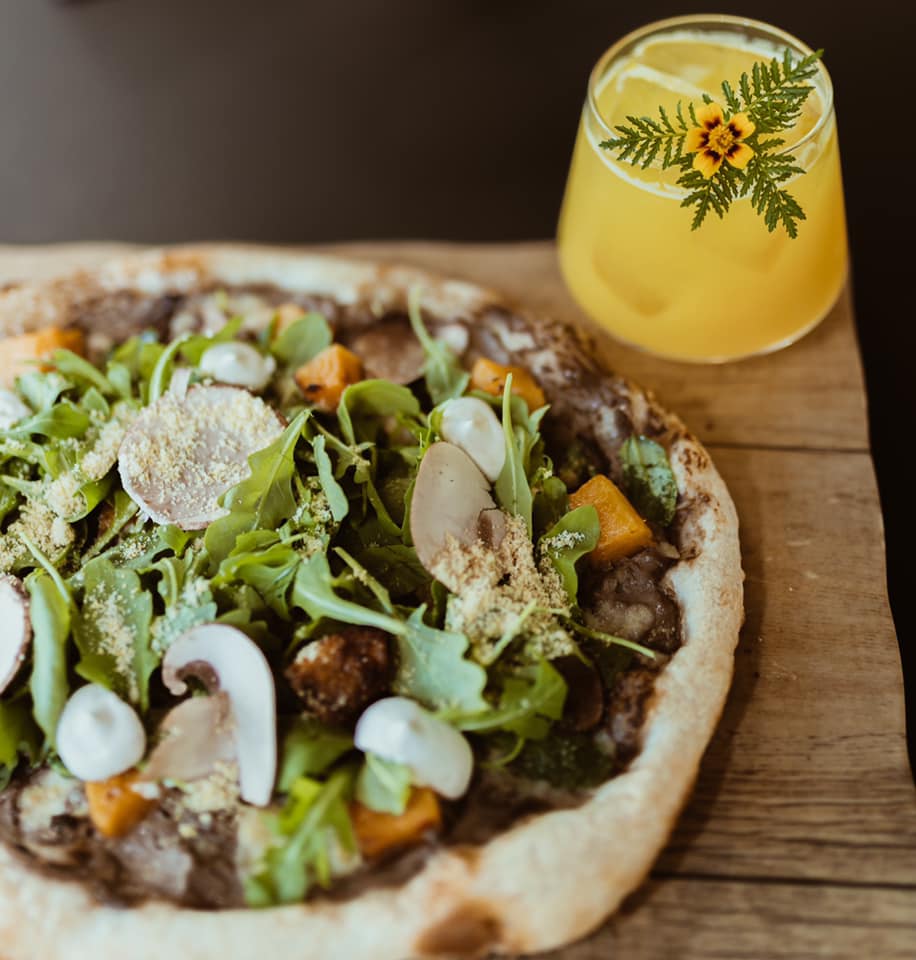 NO PURCHASE NECESSARY TO ENTER OR WIN. A PURCHASE DOES NOT INCREASE YOUR CHANCES OF WINNING. VOID WHERE PROHIBITED. The Plant-Based Sweepstakes ("Promotion") begins at 9:00:00 AM Eastern Time (“ET”) on Friday, October 18, 2019 and ends at 11:59 on Thursday, October 31 (“Promotion Period”). The Promotion contains a game of chance (“Sweepstakes”).  The computer clock of Sponsor is the official time-keeping device in the Promotion.

This promotion uses Twitter, Inc. (“Twitter”) as a means of entry. This promotion is not sponsored, endorsed, administered, associated with or certified by Twitter. Any questions, comments or complaints regarding the Promotion must be directed to Sponsor at the address listed below, and not Twitter. All Twitter logos and trademarks displayed within this promotion are property of Twitter.

By submitting an Entry, You agree that Promotion Parties are not responsible for any unauthorized use of Entries by third parties. Promotion Parties do not guarantee the posting of any Entry. You agree that you will not use the Entry for any other purpose, including, without limitation, posting the Entry to any online social networks (other than for entry into this Promotion), without the express consent of Sponsor in each instance.

By submitting an Entry, you represent and warrant that the work submitted is original to you and that neither it nor its contents infringes upon or violates the rights of any third party. If your Entry includes likenesses of third parties (such as, but not limited to makeup artist or subject) or contains elements not owned by you (such as, but not limited to, company logos) you must be able to provide legal releases for such use in a form satisfactory to Sponsor or your Entry will be disqualified.   Entries may not defame or invade the publicity rights or privacy of any person, living or deceased, or otherwise infringe upon any person’s personal or proprietary rights.

REQUIREMENTS OF SWEEPSTAKES ENTRIES: Entries may not contain, as determined by the Sponsor, in its sole discretion, any content that:

By submitting an Entry, you represent and warrant that your Entry is original to you, that the Entry has not been previously published, has not won previous awards and that neither it nor its contents infringes upon or violates the rights of any third party, including any copyrights, trademarks, rights of privacy, publicity or other intellectual property. By submitting an Entry, you warrant and represent that you consent to the submission and use of the Entry in the Sweepstakes and to its use as otherwise set forth herein.

By submitting an Entry, you acknowledge and agree that Sponsor may receive other Entries under this Promotion that may be similar or identical to the Entry submitted by you, and you waive any and all claims you may have had, may have, and/or may have in the future, that any other Entry reviewed and/or used by Sponsor may be similar to your Entry and you understand that you will not be entitled to any compensation because of Sponsor’s use of such other similar or identical material.

The Approximate Retail Value of the Grand Prize is $100

PRIZE RESTRICTIONS: If it is discovered during prize verification you have entered, attempted to enter, or used multiple accounts to enter more than the stated limit, you will be disqualified at the discretion of the Sponsor, or will be void. Entries generated by script, macro or other automated means or which subvert the entry process, are void. All Entries become the property of Sponsor and will not be acknowledged or returned. If such potential winner cannot be contacted within a reasonable time period, if the potential winner is ineligible, if any notification is returned undeliverable, or if the potential winner otherwise fails to fully comply with these Official Rules, he/she will forfeit that prize and an alternate winner will be selected from among all remaining Entries for that drawing. The Grand Prize will be fulfilled approximately four (4) to six (6) weeks after the Promotion has ended. Promotion Parties are not responsible for late, lost, stolen, damaged, delayed, or undelivered prizes.

PRIZES ARE AWARDED “AS IS” WITH NO GUARANTEE. ALL WARRANTIES, WHETHER EXPRESS OR IMPLIED, INCLUDING THE WARRANTIES OF MERCHANTABILITY AND FITNESS FOR A PARTICULAR PURPOSE, ARE HEREBY DISCLAIMED BY THE PROMOTION PARTIES. ALL PRIZE DETAILS ARE AT SPONSOR’S SOLE DISCRETION. ANY COSTS AND EXPENSES ASSOCIATED WITH PRIZE ACCEPTANCE AND USE NOT SPECIFIED HEREIN AS BEING PROVIDED ARE WINNERS’ SOLE RESPONSIBILITY.

CAUTION: ANY ACT OR ATTEMPT BY AN ENTRANT TO DELIBERATELY DAMAGE ANY WEBSITE OR UNDERMINE THE LEGITIMATE OPERATION OF THIS PROMOTION IS A VIOLATION OF CRIMINAL AND CIVIL LAWS. SHOULD SUCH AN ATTEMPT BE MADE, PROMOTION PARTIES RESERVE THE RIGHT TO SEEK DAMAGES AND OTHER REMEDIES (INCLUDING ATTORNEYS’ FEES) FROM ANY SUCH INDIVIDUAL(S) TO THE FULLEST EXTENT PERMITTED BY LAW.

The MBVCA is a seven member authority, appointed by the City of Miami Beach Commission, with the goal of encouraging, developing and promoting the image of Miami Beach locally, nationally and internationally as a vibrant community and superb tourist destination. To this end, the MBVCA strategically focuses its funding investments in a balanced manner, fostering outstanding existing programs, stimulating new activities, and encouraging partnerships. The MBVCA is committed to a careful, long-term plan for allocation of resources to build the uniqueness of Miami Beach as ones of the world's greatest communities and tourism destinations.