The Board
Home | Who We Are | The Board | Peggy Benua 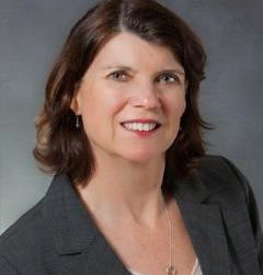 After completing a management training program with ITT Sheraton, she held various rooms operations positions in San Diego and Los Angeles area Sheraton Hotels, including the Sheraton LAX and the Sheraton Grande, part of the ITT Sheraton Luxury Collection.  Prior to relocating back to Miami, Peggy was Hotel Manager at Le Meridien Dallas from 1994 to 1999.

Peggy is the recipient of the 2022 Miami Beach Chamber’s “Excellence in Tourism” award, 2016 Miami Beach Commission for Women “Women Worth Knowing” Award, 2014 Recipient of the Red Cross “Sara Hopkins Woodruff Spectrum Awards for Women,” and 2012 Recipient HSMAI South Florida Chapter’s “General Manager of the Year”.  In October 2016 she was listed by Florida Trend as a Miami Dade “Must Know Contact”.

When not operating her hotel or participating in industry-related activities, she enjoys outdoor activities such as cycling and scuba diving.